Hopefully, you’ve had a chance to consider an overall backup strategy for your data. Now let’s get started on actually implementing it!

This article, the second of four, will look into the hardware available for use in establishing a local backup of your data.  That is, a backup or series of backups that are stored at the same location as your primary computer.  For sake of argument, we’ll say this is “in-house” storage, meaning that it resides somewhere within your home.  We’ll compare and contrast three of the most common options, giving you the background needed to establish your own set of requirements and to select a suitable solution.

First thing’s first: storage is cheap!  Gone are the days of fretting over how much of your data you REALLY need to squeeze onto the precious 200MB hard drive or the ridiculous collection of hundreds of floppy disks.  Even the formerly “huge” 1GB and 2GB removable hard drives such as the Iomega Jaz drive never saw a very wide market presence.  Today, it only takes around $250 to have your very own 1TB (terabyte) external hard drive.  This space offers the equivalent of 700,000 floppy disks, all at the cost of less than one tenth of one penny per floppy worth of space.

That’s not to say that external drives are the only solution – just the highest storage-per-dollar ratio available today.  Other options include writable CDs and DVDs, and even tape.  Those with large amounts of data may need to consider external devices that aggregate multiple hard drives into a single, massive storage device, or RAID.

Let’s look at a few of these options: CD/DVD media, a single-drive external storage device, and an external RAID.  Tape, while old, is still in use, but generally outside the scope of a typical home user.

User-recordable CD and DVD media are frequently used to back up our documents, photos, and sometimes movie or music media.  They are fairly cheap ($0.10 – $0.50 each) and are easy to read in almost anyone’s computer system. However, have you checked out how much space your digital photos take up?  What about video that you offload from your DV camera?  How about music?  One downside of optical media is that it has a relatively small capacity per disc – meaning you’re left in the position of jockeying multiple discs for a single backup; or making the Solomon-like decision of what data is really worth your trouble to back up.  For comparison’s sake, the largest current iPod from Apple is 160GB.  If that were only 75% full, you’d still need 150 CDs or 25 DVDs to backup the data. You probably don’t have the time on your hands to deal with that kind of an operation!

Another possible setback is the longevity of your backups.  User-recordable optical media should not be trusted for long-term storage, as you might experience corrupted backups if they were made more than a year or so ago.  Keeping backups on optical media ‘fresh’ just adds to the time and effort it takes to successfully implement a backup strategy.

That said, millions of users rely on this kind of media for their needs, and it may represent a good balance between price, ease and familiarity of use, and data retention for you. 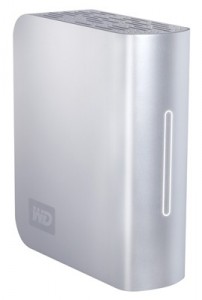 External storage comes in a thousand varieties.  USB, FireWire, eSATA, network-attached…  Surely the options will only increase over time.  However, the method by which the drive connects to your computer is just one component of the overall solution.  How much data do you have?  How often does it change?  How fast do you want your backup to run?  These parameters all factor into the selection of the best hardware for the job.

Strictly speaking, your backup drive needs to be at least as big as your main hard drive(s) for a full backup.  So, if your desktop has a 320GB hard drive, you should get something at least that large. However, what about incremental changes to your data?  Do you want to keep multiple versions of that great American novel so you can go back to the version from last week that you liked better?  What about the once-in-a-lifetime, 4-generation digital family photo before your kids put mustaches, beards, and eye patches on everyone?  It’s easy to do and simply requires that more backup storage be available.  As a general rule of thumb, you should probably consider two to three times the backup storage of your main data volume.  Again, storage is cheap, so the cost to double from 500GB to 1TB will give you the peace of mind that you’re covered for the long haul. 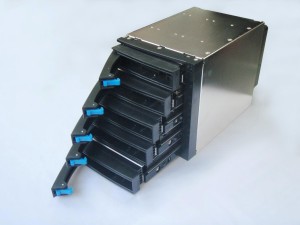 RAID stands for Redundant Array of Inexpensive Disks.  Although originally reserved for IT geeks in corporate datacenters due to the formerly large price tags, RAID has filtered down to a consumer-grade technology.  Today, you and I have a great selection to choose from either online or in the local computer store.  Since it’s essentially a larger, more crash-resistant external storage device, RAIDs have many of the same qualities as single-drive external storage, which we’ve already discussed. The differences are in cost, available storage, and data protection.  Since this article is not intended as a RAID primer, it’s safe to say that if you’ve got a large amount of data to back up, or are particularly concerned about hardware failure, this is the option for you.

Let’s quickly review the pros and cons of these three hardware options:

The important thing is to choose something that fits your particular needs, in terms of cost, features, and stability.  Personally, I feel that either the Single-Drive or Multiple-Drive External Storage option represents the sweet spot, and I have been happily using a 1TB Western Digital My Book Studio Edition for the better part of a year.  Since the point of this article is to discuss alternatives rather than make a broad, sweeping recommendation, let’s just say that the choice of what’s best for you should be left to… well, you.

Next time, we’ll look at the software options available to you for building proper backup solutions and habits.